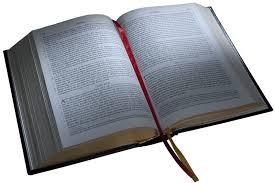 Sunnie E. Holts-Penman, age 75 was born on September 21, 1946 to the late Emmit and Bobbie L. Holts Sr. in Harlan, Kentucky. She departed this life on Thursday June 16, 2022 at the Saint Joseph East Hospital in Lexington, KY surrounded by her family after an extended illness.

Sunnie was a graduate of Somerset High School. She was employed by Fruit of the Loom, University of Kentucky, Palm Beach and then retired from Trim Masters. After putting herself through barber college, she worked as a barber in Danville, KY and became a proud business owner of Somerset Barber Shop in Somerset, KY.

She was an avid fan of the University of Louisville Cardinals, a devoted softball player and a fierce competitor in anything she took part in. Sunnie was a wife, mother, sister, aunt, grandmother, and great grandmother.

Sunnie gave her life to Christ at an early age under the pastoral leadership of the late Elder J. D. Short III and was a member of the Centennial Baptist Church where she worked faithfully until her health no longer allowed. She loved her church and faithfully attended. She was well known throughout the community. Due to declining health she moved to Somerset, KY and moved her church membership to the Mt. Olive Missionary Baptist Church under the leadership of Pastor S.F. Taylor.

Sunnie was preceded in death by her husband William Jewell Penman, her parents, one brother Emmit Holts Jr., one sister Emma Hines; two sons Tony and Wayne Holts and a nephew Brian Holts.

Sunnie leaves to mourn her passing a daughter Oretha Renee Kendall of Louisville, KY and one son Kenneth Holts of Somerset, KY. She also leaves to mourn, nine grandchildren Patience Holts of Bowling, KY, Reghan Holts of Chicago, IL, Zackery Jones of Harrodsburg, KY, Dalon Kendall and Haley Holts both of Lexington, KY, Kayli Holts, Aijah Carrender, Kenyean and Keilin Holts all of Somerset, KY. She is also survived by nine great grandchildren. Sunnie was also known to be called Me-Maw and Ellie by her close family members.

Also, among her loving family to mourn, she leaves her devoted sisters: Mary Lou (Jimmie) Goggins of Somerset, KY, Wanda Holts-Campbell and Sherry (Ronnie) Ingram both of Lexington, KY and a host of nieces, nephews, cousins, extended family and many friends of which are two very special friends who she adored, Barbara Hudson and Margie Newell.

Funeral services will be conducted at 1:00 pm on Wednesday, June 22, 2022 at Sims Funeral Service with Pastor S.F. Taylor and Bro. Donald Wayne Smith presiding. Burial will be in the Maple Grove Cemetery in Harrodsburg, KY.

Visitation will be held on Wednesday, June 22, 2022 from 11:00 am until the time of services at Sims Funeral Services.

Expressions of sympathy may be sent to the family at www.simsfuneralservices.com

To send flowers to the family or plant a tree in memory of Sunnie Ella (Holts) Penman, please visit our floral store.

A Memorial Tree was planted for Sunnie

Join in honoring their life - plant a memorial tree