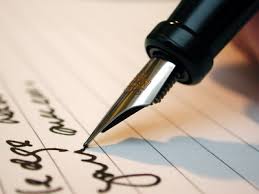 Robert Henry Wofford, age 69, Harrodsburg, husband of Carolyn Dunn Wofford, passed away on Saturday, August 22, 2020 at UK Medical Center in Lexington. Born December 29, 1950 in Harrodsburg, he was the son of the late Henry and Maggie (Jackson) Wofford. He was a graduate of Harrodsburg High School and attended Eastern Kentucky University during which time he joined the United States Air Force. He was retired from several jobs, first as a bailiff at the Mercer County Court House and then served as a security guard at Ephraim McDowell RMC, Haggin Memorial Hospital, Northpoint Training Center, Hitachi and Corning Glass Works. Robert, in his spare time, liked to write, work on the computer and enjoyed going to the movies and watching them at home. He was a Member of the St. Peter AME Church in Harrodsburg.

Visitation will be Thursday, August 27, 2020 from11:00 am until the time of service at Sims Funeral Services.

To send flowers to the family or plant a tree in memory of Robert Henry Wofford, please visit our floral store.