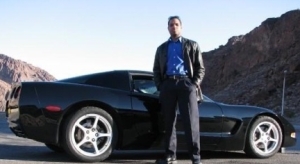 Kodi Jerod Mosley, age 39, of Plano Texas, son of George Mosley of Florida and Francelia Mosley of Texas passed away Saturday, February 27, 2021 at the Medical City Plano Hospital in Plano, TX.  He was an aspiring Astronomer and Senior Software Engineer specialist, had a flair for the eccentricities in life in such a wide capacity. Kodi graduated from the University of Central Florida in Orlando FL with a degree in Computer Engineering in 2003, he shared equal passion in video games, NASA space, politics, and computer programming. As a teenager, Kodi founded Destination Software (known as MidKnight Software since 2002) and, along with his closest friends working side-by-side, succeeded in creating high-quality graphing calculators. Kodi received a very prestigious accreditation with Nintendo to develop for the Nintendo Switch console, a testament to his outstanding craft. Simple things in life brought great joy to Kodi, whether it was providing knowledge to interested minds or cruising the streets in his infamous 2000 Chevy Corvette (known to all as “Blackbird”).

Survivors other than his parents include one brother, Kevin Mosley, of Jacksonville FL; his girlfriend Lisa Johnson of Texas; one uncle Mark Wofford of Harrodsburg, one aunt Lauretta Merriweather of New York and several other family members and friends. He was preceded in death by his grandparents Henry and Margaret (Jackson) Wofford formerly of Harrodsburg.
Graveside services will be held at 10:00 am on Thursday, March 25, 2021 at the Maple Grove Cemetery Pavilion with Nick Yeast and Diane Mayes speaking. Burial will follow in the Maple Grove Cemetery in Harrodsburg.

To send flowers to the family or plant a tree in memory of Kodi Jerod Mosley, please visit our floral store.