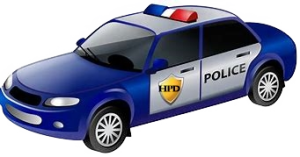 Howard Thomas (Poppa) Sallee, Sr. age 88, Harrodsburg, widower of Joyce Ann Medley Sallee, passed away on Sunday, February 7, 2021 at his home in Harrodsburg. Born December 17, 1932 in Harrodsburg, KY, he was the son of the late Larue and Rilda (Slone) Sallee. He was a 1950 graduate of Harrodsburg High School, attended LSU for two years studying banking. He was a US Air Force Veteran of the Korean War and then he became an employee of the KY Group of Banks owned by Garvis Kinkade. Howard was an employee for the Bank of Danville, Bank of Williamsburg and the Frankfort Department of Bank Security. He then became a dispatcher and the Ordinance Officer followed by being the Traffic Director for the Harrodsburg Police Department. He was a member and Deacon at the Indian Hills Christian Church in Danville and attended the Southside Christian Church in Harrodsburg.

Visitation will be from 10:00 am until the time of services at Sims Funeral Services.

Burial will be in Springhill Cemetery in Harrodsburg.

To send flowers to the family or plant a tree in memory of Howard Thomas ("Poppa") Sallee, please visit our floral store.