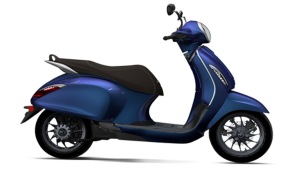 Gary Scott "Scotty" Turpin, age 62, Harrodsburg, husband of Christy Pierce Turpin, passed away at 10:25 AM on Wednesday, January 19, 2022 at his home in Harrodsburg. Born June 25, 1959 in Harrodsburg, KY, he was the son of the late Edward Arvis and Gladys Lucille (Preston) Turpin. He attended Rose Hill School, was an electrical lineman for Richardson Contracting in Owenton, a self-employed vinyl siding installer, liked to watch NASCAR racing, being with his grandchildren, watching Elvis Presley movies and listening to his songs, going deer hunting and he was a member of the Perryville Church of God.

Survivors other than his wife include three daughters Sylvia (Allen) Neal of Stamping Ground,  Emily (Jonathan Conder) Turpin and Melody (Nick) Wilson both of Harrodsburg; one son Ben Pierce of Richmond; two sisters Brenda Jones and Regina Turpin both of Harrodsburg; one brother Deron (Cindy) Turpin of Harrodsburg; eleven grandchildren Evanie Pierce and Caleb Pierce both of Richmond, Preslye Neal and Parker Neal both of Stamping Ground, Bailey Wilson, Lilly Wilson and Nolan Wilson all of Harrodsburg, Bethanie Conder, Brayden Conder, Remi Conder and Mary Conder all of Perryville and one uncle Hubert Turpin of Harrodsburg. Gary was preceded in death by two brothers Edward Buddy Turpin and Jimmy Allen Turpin.

Funeral services will be conducted 1:00 pm, Monday, January 24, 2022 at Sims Funeral Services by Bro.  Bobby "Buck" Fultz and Bro. Allen Neal. Burial will follow in the Parksville Cemetery in Parksville.

To send flowers to the family or plant a tree in memory of Gary Scott "Scotty" Turpin, please visit our floral store.