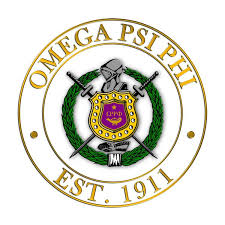 Eric William "Swoop" Wofford, age 61, of Naples, FL formerly of Harrodsburg passed away on Tuesday, September 22, 2020 at Physicians Regional Med. Ctr. - Pine Ridge in Naples FL. Born July 16, 1959 in Harrodsburg, he was the son of the late William Henry and Maggie Lou (Jackson) Wofford. Eric was a 1977 Graduate of Harrodsburg High School where he was an exceptional basketball player. He attended Cooke County College in Gainesville, TX where he became a member of the Omega Psi Phi Fraternity then went on to receive his bachelor’s degree at Murray State University in Murray, KY. He was also a member of the Masonic Lodge, a Kentucky Colonel, a caregiver for a special family in Naples, FL and was a member of the St. Peter AME Church in Harrodsburg.

Survivors include: two daughters Anetha Dunn (Eric) Sanford of Lexington, and Crystal Jones of Danville, KY; one son Maxwell Turpin of Danville; two sisters Lauretta Merriweather of New York, NY and Francelia Mosley of Fort Hood, TX; one brother Mark Wofford of Harrodsburg; a first cousin and confidant, Debra Jackson (Nick) Yeast of Harrodsburg; four grandchildren, several other cousins, nieces, nephews and a host of friends; one aunt Genevelyn Wofford of Dalton GA and his employer Sara Jackson and her son Troy Pumphrey both of Naples, FL. Other than his parents, Eric was preceded in death by his brother Robert Henry Wofford.

Funeral services will be conducted 1:00 pm, Tuesday, September 29, 2020 at Sims Funeral Services by Bro. Dale Smith and Bro. Donald Wayne Smith. Burial will be in Maple Grove Cemetery in Harrodsburg.

To send flowers to the family or plant a tree in memory of Eric William "Swoop" Wofford, please visit our floral store.