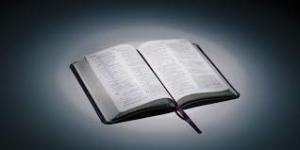 Dorothy Million, age 91, Harrodsburg, widow of Albert C. Million, passed away on Friday, March 20, 2020 at Ephraim McDowell RMC in Danville. Born August 13, 1928 in Bohon, KY, she was the daughter of the late Onas Jude and Ossie (Bailey) Hood. She was a graduate of Rose Hill High School, enjoyed playing the piano, making quilts, cross stitching working with flowers, was a member of the Order of Eastern Star and a member of the Harrodsburg Baptist Church.

To send flowers to the family or plant a tree in memory of Dorothy (Hood) Million, please visit our floral store.

Please note
Sims Funeral Services regrets to announce Ms. Millions live cast was interrupted due to a Windows 10 update, we had no control over this but do apologize for not being able to air the funeral service.
Share a memory
© 2020 Sims Funeral Services. All Rights Reserved. Funeral Home website by CFS