Welcome to the memorial page for

A service summary is not available

Charles William Semones, age 78, of Harrodsburg, died Sunday, September 13, 2015 at the Extended Care Unit - Haggin Hospital in Harrodsburg. Born August 25, 1937 in Harrodsburg, KY, he was son of the late Charles Fred and Della (Tyler) Semones. He was in the US Army Reserves, received his bachelor's degree in Education at Eastern Kentucky University, was a member of the Academy of American Poets and was a retired teacher for the Mercer County School District.
Survivors include: a special friend, Marlene Robinson of Harrodsburg plus a number of other friends, colleagues and acquaintances.
Memorial services will be conducted 11:00 am, Friday, September 18, 2015 at Sims Funeral Services by Ron Wilburn. Burial will be in Spring Hill Cemetery in Harrodsburg.
Visitation will be Friday, September 18, 2015 from 10:00 AM until hour of service at Sims Funeral Services. 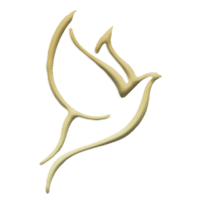