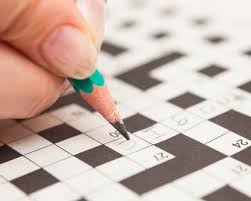 Anna Justine Osborne Barnett, 92 of Burgin, widow of Willard, went Home to be with her Lord and Savior Jesus Christ, on Monday, May 25, 2020, following a brief illness.

Justine was born in Prestonsburg, Floyd Co., KY on August 3, 1927, the second of six children born to coal miner Jesse Green Osborne and his wife Cora Ann Miller Osborne. On January 28, 1957 in East Point, KY she married Willard Barnett whom she had known since she was 4 and he was 5 years old.

Justine was a homemaker who felt it an honor to raise her family and took great pride in their achievements. She was loved by many and will be missed greatly, but her memory will forever live on in the lives of those she leaves behind. She was known as “Nanny” by nearly everyone who knew her.

Visitation will be Saturday, May 30, 2020 at 11:00 a.m. with funeral following at 1 p.m. at Sims Funeral Services, Harrodsburg. Pastor Donnie Irvin of the Burgin Church of God will officiate. Burial will follow in Junction City Cemetery.

To abide by Kentucky's regulations set forth by the Commonwealth, the funeral home can have up to 33% occupancy (100 at Sims Funeral Services), everyone who attends is asked to wear face coverings and practice social distancing.  Thank you for your patience in these difficult times for our families.

To send flowers to the family or plant a tree in memory of Anna Justine (Osborn) Barnett, please visit our floral store.