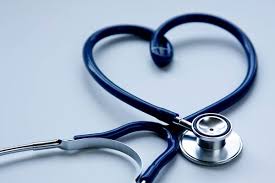 Samantha Christian Conover, age 24 of Harrodsburg, passed away on Friday, April 12, 2019 at Norton's Hospital in Louisville. Born July 18, 1994 in Danville, KY, she was the daughter of Spencer (Tabitha) Conover and Regina Turpin all of Harrodsburg. She was a graduate of Mercer County High School, attended BCTC in their nursing program, was a care giver at The Harrod at Great Meadows in Harrodsburg and attended the Perryville Church of God. She also enjoyed spending time with all her friends.

Funeral services will be conducted 1:00 pm, Monday, April 15, 2019 at Sims Funeral Services with Bro. Larry Camic and Bro. Tucker Huntsinger officiating. Burial will be in Parksville Cemetery in Parksville, KY.

The family would like to offer special thanks to the entire staff of Norton’s Hospital in Louisville.

To send flowers to the family or plant a tree in memory of Samantha Christian Conover, please visit our floral store.