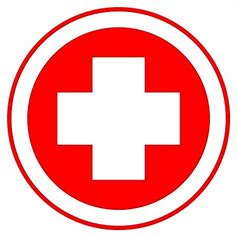 Hazel Burgin, age 93, Danville, formerly of Harrodsburg, passed away on Tuesday, January 7, 2020 at McDowell Place in Danville. Born February 27, 1926 in McAfee, KY, she was the daughter of the late Phillip F. and Flora (Hogue) Keller. She graduated from McAfee High School, was an Accounting Supervisor for the Kentucky Department of Social Insurance for twenty years; a Red Cross volunteer for many years, past President of the Lexington Homemakers and a Kentucky Colonel. Hazel was a member of the Harrodsburg Christian Church where she was a member of the Goodwill Sunday School Class and was a former teacher of the Kindergarten Sunday School Class for nineteen years.

Funeral services will be conducted 3:00 pm, Sunday, January 12, 2020 at Sims Funeral Services by Rev. Gaye Haralu and Bro. Terry Morrison. Burial will be in Springhill Cemetery in Harrodsburg.

Visitation will be Sunday, January 12, 2020 from 1:00 pm until the hour of services at Sims Funeral Services.