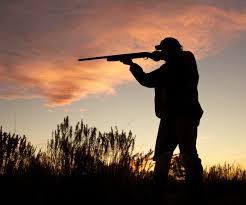 Harold Douglas Thornton, age 73, Harrodsburg, husband of Brenda Carol (Tatum) Thornton, passed away on Tuesday, April 9, 2019 at his home in Harrodsburg. Born January 4, 1946 in Harrodsburg, he was the son of the late William Dow and Beulah Jane (Lyons) Thornton. He received his GED from Mercer County High School, was a carpenter for L.W. Wilson and Sons (1975-1981), then became a self employed carpenter, was a former employee for North Mercer Water District, a member of the North American Hunting Club, a member of the US Department of Veterans Affairs, a US Army Veteran of the Vietnam War, loved to hunt and was a member of the Deep Creek Baptist Church.

Funeral services will be conducted 11:00 am, Friday, April 12, 2019 at Sims Funeral Services by Bro. Johnny Hockersmith. Burial will be in Springhill Cemetery in Harrodsburg.

Memorial contributions may be sent to the charity of one’s choice.