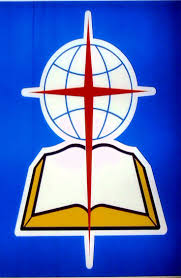 Cora Allen, age 93, Harrodsburg, widow of George Lee Allen, Sr., passed away on Thursday, April 25, 2019 at Ephraim McDowell Haggin Memorial Hospital in Harrodsburg. Born December 15, 1925 in Harrodsburg, she was the daughter of the late James Monroe and Marie (Williams) Parks. She was a graduate of West Side High School in Harrodsburg, was a care giver to the late VanArsdall family for many years and was a member of the Centennial Baptist Church in Harrodsburg where she served on the kitchen committee for a number of years.

Funeral services will be conducted 11:00 am, Tuesday, April 30, 2019 at Sims Funeral Services by Bro. Chrys Jones. Burial will be in Maple Grove Cemetery in Harrodsburg.

Visitation will be Tuesday, April 30, 2019 from 9:00 am until the time of service at Sims Funeral Services.